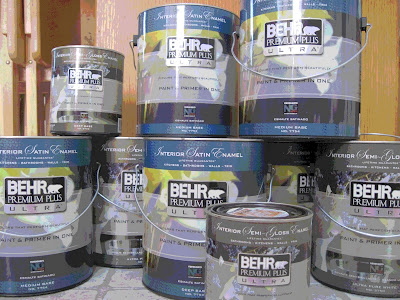 I prefer a dinner menu that offers two things: chicken or beef OR cream sauce or red sauce.  I prefer to stick to my 1990's music on my scratched up old cd's rather than browse the endless isles of new music at the store... or even more horrifying would be to visit iTunes.com where the options truly are endless!  Well, yesterday, due to a sale on Behr ending, I had to make the dreaded trip to pick out the paint.  Have you been in the paint isle lately?  I was surrounded by millions of colors -- or so it seemed.  If it weren't for the able mind of my sister-in-law to make decisions of that sort, I would have probably ended up with tears in my eyes and left with no certainty in the paint I had chosen.  I am eternally thankful to her for accompanying me in that task! 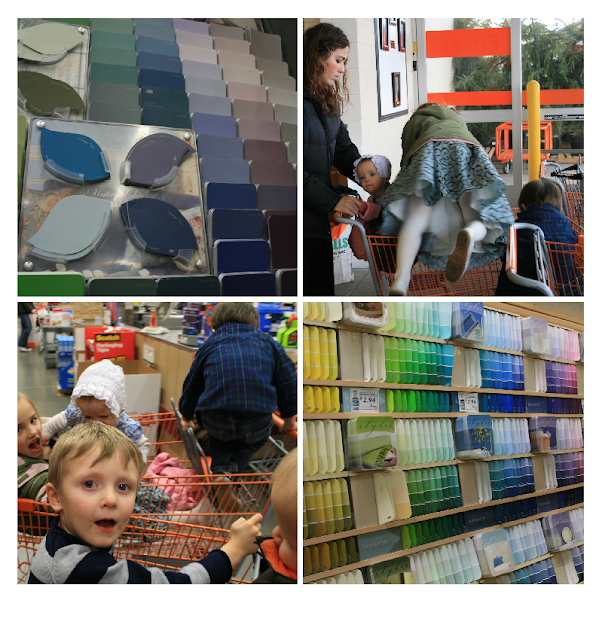 *The online links to paint swatches (below) look nothing like the actual paint color.

I had browsed the paint section a few times and had a handful of colors I thought went well together.  When it came down to actually putting in the order at the paint counter, however, all sorts of second guessing sprang up out of nowhere! I had originally picked Juniper Ash UL220-21... but now, what about Pinedale Shores 700F-4? And, I'm not sure how obvious it is, but this house is tiny... we don't even know the sq footage, but are assuming it is less than 900 sq feet.  So, another question rolling around is: 3rd bedroom or dining room?  Put all four children in the large room and have a dining room, or give the boys and the girls each rooms of their own sans dining room?  Our dining set is rather large for it to sit right in the middle of the kitchen ,but we are dinner around the table kind of people so getting rid of the table altogether is not an option.  With those uncertainties, the paint question was Gingko Tree UL190-21 for below a chair rail in "the dining room" or Pyramid Gold UL150-13 for "the girl's room".

Another paint debacle: I re-finished a dresser for my eight-year-old son this last summer and, as cool as it is, I am finding it is hard to find a wall color that will go well with the dresser as well as the rest of the house.  So, back in the paint isle, I was getting pretty irritable and annoyed when we got to the point of trying to figure out the boys' room.  That's when my sister-in-law said something brilliant!  "Just forget it for now." she said, "You don't need another gallon for the buy three, get one free sale, so come back after the other rooms are painted and you'll have a fresh perspective."  She is like a wise old owl.  We had already been there for around three hours at that point so it was time.  I would never have come up with that thought on my own unless someone finally came on over the loud speaker and announced the store was closing in 10 minutes!  I should also mention we had all our children with us (minus my helpful eight year old son)... so we had six children under six years old at The Home Depot for over three hours for the sake of eight and one-half gallons of paint.  Nope... not crazy, just mom's with more than a few kids on a mission at the paint store. 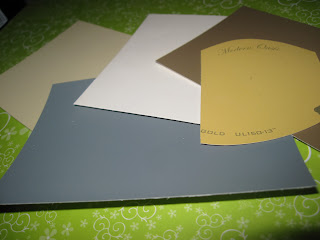 Turns out, after all that time, I ended up with the same colors I had originally gone there intending to buy, save one.  Yeah, I went for the Pyramid Gold instead of the Gingko Tree. I think we are going with the three bedrooms for now.  We will figure out the boys' bedroom later, and I am fine with that... just fine. So, with the support of my die-hard shopper sister-in-law, the awesome sale, and amazing behavior from all the kiddos, the paint trip was finished.  Now for one last stop...  Cold Stone Creamery!
Posted by Alicia Grace at 1:45 PM

Email ThisBlogThis!Share to TwitterShare to FacebookShare to Pinterest
Labels: The Renovation

View my complete profile
Friends Checking On The Progress